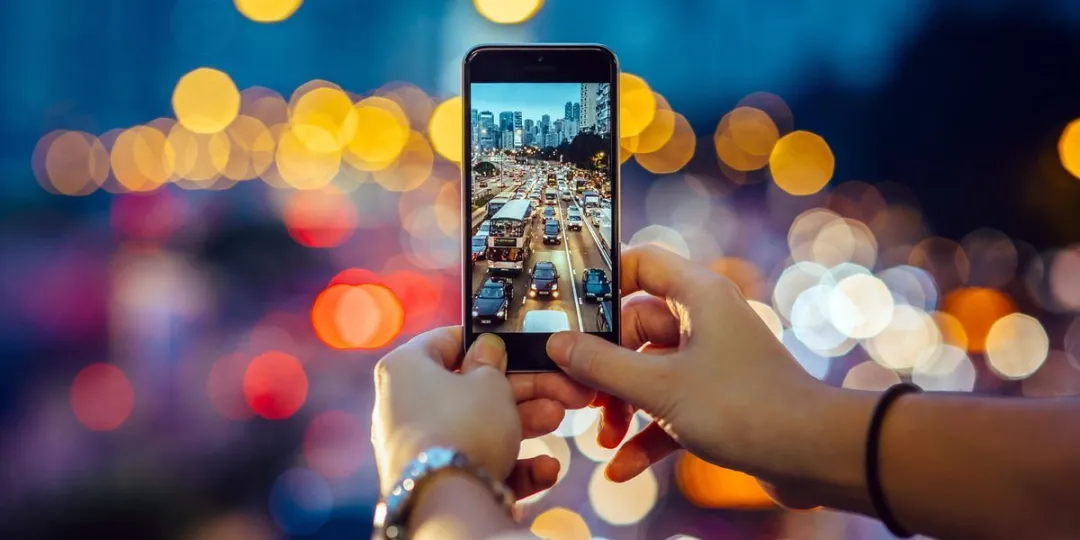 Photography is a major selling point of the smartphone. In order to improve the image quality, multiple cameras has becoming a popular solution. In 2019, triple camera has become the mainstream solution for smartphone rear camera. Smartphone camera officially entered to the multi-cameras era. Under the decelerating growth in the global mobile phone market, shipment of mobile phone camera keep breaking its highest record. With the arrival of 5G, 5G mobile phones are also bound to usher in a new replacement trend. It is believed there’ll be a new round of outbreak for cameras!

CMOS imaging technology has making big progress since 2010. It has been widely applied to consumer digital cameras and digital medium format products, which drives the growth of CIS applications and leads to the fierce competition among leading CMOS image sensor suppliers. In this decade, thanks to the smartphone, the CIS field has once again undergone dramatic changes.

This has also given Sony the opportunity. In 2010, Sony announced to invest 40 billion yen for the "Exmor" and "Exmor R" CMOS image sensor production expansion. These two products have paid ways for Sony to win the CMOS image sensor market. Compared to other CIS products, the biggest change in the front-illuminated Exmor is the built-in ADC which effectively reduces noise and power consumption. This has led the industry trend in integrating ADCs into CMOS image sensors. On the other hand, Exmor R, as one back-illuminated CIS, was the world's first mass-producible back-illuminated sensor. It greatly improved night shot, and later adopted by the iPhone 4S.

In 2011, there were a lot of high-end flagship phones following the lead of Sony, and after 2011 Sony’s sensors went all the way up. As reported, in 2011, Sony CMOS image sensor sales ranked the third. In 2012, Sony has made a technological leap forward in image sensors, and it released the first stacked CMOS image sensor combined with two stacked chips. This allowed producing thinner phone models possible. Since then, Sony's market share in the CIS sector continued to increase, and even began to short supply in 2014. In 2015, Sony acquired Toshiba's image sensor business for $155 million. Up to then Sony finally dominate in CIS industry with its applications in many high-end fields such as automotive, security, industry, etc. In 2015, Sony CMOS image sensor sales revenue reached $3.645 billion, accounting for 35% of the market share.

In recent years, Samsung also considered CIS as one breakthrough point in order to reduce its reliance on storage products. In the CIS field, Samsung intended to challenge Sony's position and started to enter  various fields such as security and automotive, etc. In order to strengthen its competitiveness in the field of CIS, Samsung had carried out two strategies in the image sensor market, including the adoption of more advanced process technology, as well as a more competitive pricing strategy. As reported, Samsung’s CIS sector has occupied 19.8% of the market share, second only to Sony.

From 2010 to 2020, in addition to Sony and Samsung's counterattack in the field of CIS, there were some Chinese manufacturers made great progress, including Galaxycore, BYD, and SMARTSENS. The growth of Chinese CIS companies has been attributed to the demand for smartphones and security in the Chinese market in recent years. In particular, these Chinese CIS companies have also achieved remarkable results in some market segments. 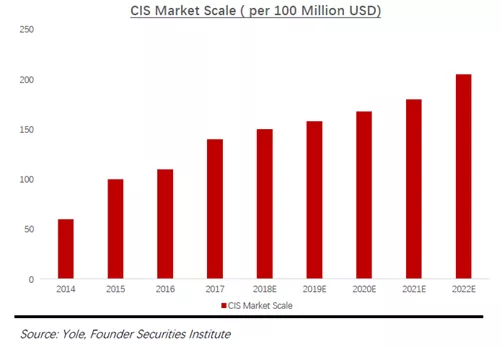 Japan's Sony, South Korea's Samsung, China's OmniVision play the leading roles in the CIS chip industry, which reign the major cut of CIS chip market. It’s reported that the top three manufacturers of CIS chips take up more than 70% of the market. Now the CIS market is mainly driven by the mobile phone industry, and is expected to continue its growth in the automotive and security fields. 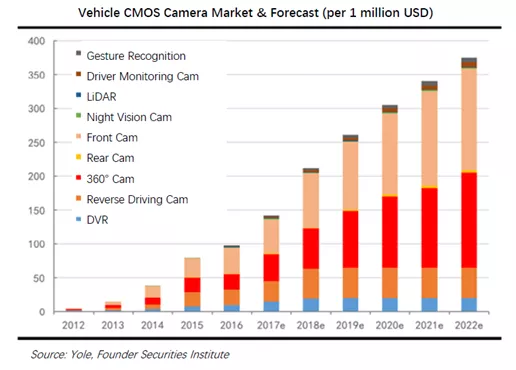 The volume of security CIS was 100 million in 2016 and is expected to grow up to 300.2 million and more by 2022, a CAGR of 21%. 1080P security camera has now become the mainstream, and gradually upgrade to 2K / 4K. Due to the rising needs of face recognition and object recognition, high resolution is supposed to be an irresistible trend. 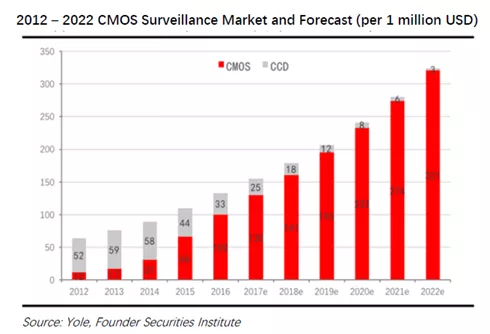 The most significant demand on CIS chips comes from mobile phone which accounts for 67.86% of the 2017 global production volume of CIS, while consumer applications 8.1%, computers 9.33% , automotive 4.73%, security 5.65%. Now we’ll take a closer look into the mobile phone camera industry chain.

The filter is a layer of coating on the camera lens for preventing infrared rays and improving the quality of photos. Excellent Chinese filter enterprises include Crystal-optech, W-OLF and so on.

LARGAN is leading in the industry. In 2015, LARGAN took up 35% market share of the entire mobile phone camera lenses, while Sunny Optical held only 9% of the market share, ranking second among all manufacturers. It was not until 2018 that Sunny Optical caught up with LARGAN’s shipments.

OFILM, Sunny Optical and Q Tech are playing the leading roles. In June 2019. OFILM shipped 44.5 million pieces, accounting for 16.7% of the entire industry while Sunny Optical shipped 43.2 million, accounting for 16.2%. The top ten companies take up 80% shipment of the entire market. Camera module plays core role in the smartphone optics application, which requires the integration and packaging capability of lens, filter, VCM, camera chip and other parts.