2021: How would optical network go in China?

In 2020, the epidemic of COVID-19 has brought great challenges to world's economy. In the fight against the pandemic, information and communication technology played a major role. Information network, as a network infrastructure, withstood a great test in 2020, providing the necessary network support for the production and living of the public. New scenarios such as work from home, online education, and online office all depend on the support provided by information networks. Now, let’s look at the current situation and development trend of optical networks in information networks.

Optical networks support the development of the information society

The great achievements of China's optical network industry are inseparable from the country's long-term strategic deployment over the years. Since the announcement in 2013, the "Broadband China" strategy has set quantitative goals to be achieved in 2013, 2015 and 2020. As of the third quarter of 2020, "Broadband China" strategic goals have been completed ahead of schedule, and the development of China's broadband network has been continuously improved. The fixed access network is basically "all-optical", FTTH covers most households in urban and rural areas, and all cities have built "optical network city", with fiber optic broadband access ports accounting for 92.5%, leading the world and laying the network foundation for sustainable development. The penetration rate of FTTH access users exceeded 93%, ranking the top in the world, of which the penetration rate of users with more than 100M reached 88.2%. According to the monitoring data of Broadband Development Alliance, as of the third quarter of 2020, the average access rate of broadband users in China has exceeded 187Mbit/s, leading the world in its development level.

The level of fixed access network has improved to guarantee the thousands of households can enjoy the broadband capacity. The transmission network as the physical layer of the bearer network is the highway connecting a series of information infrastructure, as well as an important basic base to support the high-speed operation of the entire information network. The transport network provides the basic bearer channel for the upper layer of a series of business networks and applications. In the face of the three requirements related to the construction of new infrastructure such as information network and 5G bearer, cloud network convergence and data center, the transport network also carried out a series of studies in the aspects of network architecture, technology iteration and standards research. It provides an effective backhaul and fronthaul for 5G bearer network, high-quality solutions for cloud and inter-cloud line, and introduces low-cost solutions for data center so as to provide good support for the development of information network. 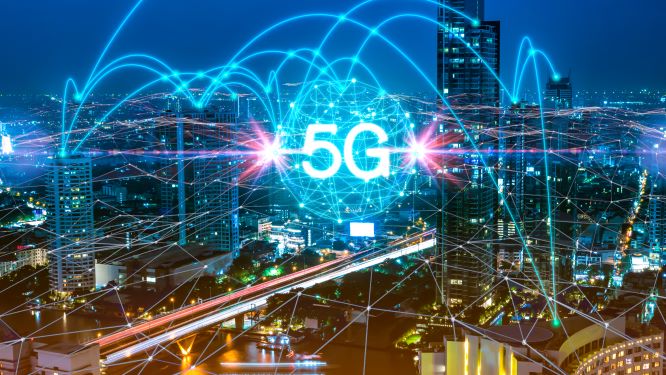 2021 is the opening year of the 14th Five-Year Plan (2021-2025), the development of information networks is also advancing with the times. The optical network as the base will focus on the high-speed, high-capacity, flexible and efficient, open and green, and develop in many aspects such as technology development and application deployment.

At present, 100Gbit/s is the basic transmission rate of arterial and metro network, etc. The deployment of 200Gbit/s has carried out the initial scale. Also, the standards related to WDM system based on the single-pass 400Gbit/s have been basically completed in ITU-T, IEEE, OIF and CCSA and it is expected to be commercialized on a large scale in regional arterial network, metro network, data center and other scenarios, and solve the problem of long-distance transmission together with 100Gbit/s and 200Gbit/s rate systems. For higher transmission rates of super 400Gbit/s, there are also several optional rates such as 600Gbit/s, 800Gbit/s and 1.2Tbit/s. At present, the industry shows special interests in the development of 800Gbit/s. Domestic and foreign transmission equipment vendors and operators such as Huawei, ZTE, Ciena, Infinera, and others have been cooperating 800G network trials, competing to verify the feasibility of 800G technology. And organizations such as IEEE, OIF, Ethernet Alliance, and CCSA have initiated or are about to start 800Gbit/s standardization research. It is expected that the super 400Gbit/s rate, typified by 800Gbit/s, will be the focus of industry in the next few years. Whether it is a short-range interconnection or a long-range transmission scenario, the industry will focus on and promote the feasibility of key technologies and the development of standards and specifications of 800Gbit/s.

The way to expand the transmission capacity of optical networks not only includes the increase of single-pass rate, but also the expansion of the number of channels and the wavelength bands by WDM. From the perspective of expanding the band, the future for 120-wave 100Gbit/s or 80-wave 200Gbit/s C-band expansion (about 6THz bandwidth) and more wavelength channels C + L-band expansion (about 9.6THz bandwidth) will gradually enter commercial use under the support of the improvement of device features and standards development. O-band high-capacity transmission may have a breakthrough in the future. In addition, the S-band-based expansion will continue to be studied and will not be commercially available in the short term. Furthermore, it is possible to extend wider transmission bands based on technological innovations.

From the perspective of the future application and development of Space Division Multiplexing (SDM), due to the single-pass rate increase and transmission band expansion can meet the demand for traffic transmission within a certain period of time, SDM technology is still a significant distance from commercialization. It is expected that in the next five years or so, SDM will still focus on experimental research to carry out related work and continue to explore the breakthrough of the transmission capacity limit of the multidimensional multiplexing and gradually improve the functional performance of key components. 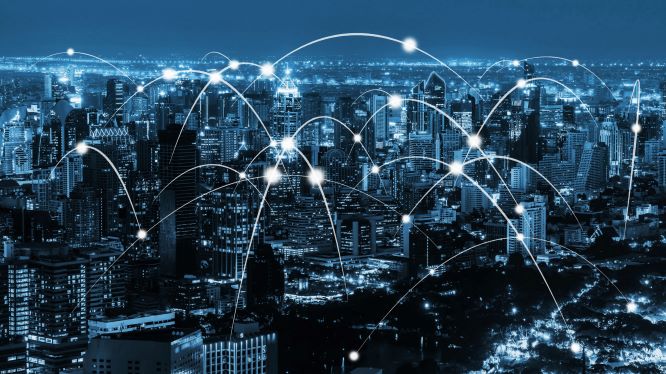 Open decoupling is an application requirement for multiple services

Efficient collaboration is the trend of network convergence

With the deployment and development of 5G, cloud network convergence, etc., a very typical function of 5G is the ability to provide network slicing to provide good service support for supporting vertical industries. The bearer network can provide SLA metrics guarantees, including bandwidth, delay and jitter, packet loss and reliability, through dedicated or shared hard isolated channel resources, soft isolated tunnel resources, and its internal QoS priority scheduling mechanism, but in order to provide end-to-end network slicing, multi-professional collaboration is very necessary. This requires multi-disciplinary research and collaborative work on cross-domain docking identification scheme for network slicing and SLA guarantee scheme for end-to-end network slicing services, such as radio access network, bearer network and core network. For cloud network convergence and other application requirements, the cross-professional collaborative control between cloud and networks is used to provide convenient and friendly services to users.

Flexible and low cost is the direction of network technology development

OTN technology has been widely adopted in the network. Business requirements for flexibility and efficiency may show new vitality or newer technology evolution. With the demand for flexible transmission of small granular bandwidth in cloud-based applications, OTN and other technologies will add new features such as OSU to meet the small granular services. Also, related standardization work has been continuously carried out in the international and domestic markets to further promote the accelerated evolution of OTN technology. In recent years, ROADM has been deployed in the backbone networks of many domestic operators. Its features, such as large capacity, low latency, and low energy consumption, have attracted wide attention in the industry. The accelerated application of ROADM in higher dimensions is expected in the future.

The major requirements for speed, integration, power consumption and cost drive the continued innovation of optical transport technology. Photonic or optoelectronic hybrid integration demand is obvious. The module package to pluggable form with small size, low-power advantages, and the relevant specifications are discussed and formulated by Multisource Agreement (MSA) organizations such as the CFP, SFF, NGSFP, QSFP-DD, OSFP, etc. Some high-performance fields are still using non-pluggable form. With the rapid growth of internal traffic in the data center, switch capacity, port density and speed, power consumption, etc. are facing challenges. Integrated On-Board Optics (OBO) and Co-Packaged Optics (CPO) become an important development direction for optical module packaging. It is expected that at rates of 800Gbit/s and below, the traditional pluggable form will still be the preferred option for optical module packaging, while at 800Gbit/s and above, the trend of OBO/CPO and other on-chip integration or optoelectronic hybrid integration is obvious for short-range modules.

Gigabit network is not only the trend of access network evolution, but also an important part of the new generation of information and communication networks and "new infrastructure". Furthermore, it is an important basic support for all kinds of new infrastructure. China will accelerate the development of gigabit networks for the coming years. At present, XGPON technology has matured, laying the technical foundation for the construction of gigabit network. Also, cloud access network is the development trend. The construction of a new generation of access network architecture based on the concept of generalized SDN, and the decomposition reconfiguration of OLT functional module lays the foundation for cloud access network. Through built-in computing storage to support network and service virtualization and meet the efficient decoupling, new business development and network transformation. In the future, the gigabit access network will gradually expand from home broadband access to smart parks, smart cities, industrial Internet and other areas.

Composed and edited by CIOE

Back：ONA: All-optical network industry is on the rise