In recent years, the camera market can be said to be booming. Firstly, the multi-camera of mobile phones has brought a large market increase, followed by the rapid development of ADAS and autonomous driving, which is also expected to bring a huge increase to the camera market.

Data shows that the number of cameras on a single vehicle will increase from 1 to 2 per car to 10 to 20. It is estimated that the global car camera market will reach 27 billion US dollars in 2025, with a CAGR of approximately 15.7%.

The camera is an indispensable component of an autonomous vehicle. It can sense the surrounding and in-vehicle environment during driving together with lidar and millimeter-wave radar to ensure driving safety. 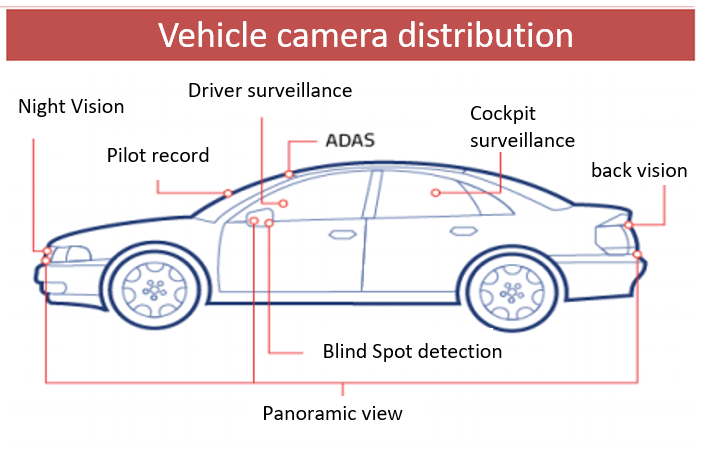 The cameras are distributed in different positions in the car and have different functions, including front view, side view, surround view, rear view, and built-in.

The front-view camera is installed on the windshield, which is used for front-vehicle collision warning, lane departure warning, traffic sign recognition and pedestrian collision warning, etc. It has monocular or binocular, and binocular ranging ability is better and the cost is more expensive.

Surround view cameras are installed around the car and used for panoramic parking. Generally, 4-8 cameras are equipped to realize panoramic observation through image stitching, and algorithms can also be added to realize road perception.

The rear-view camera is installed on the rear trunk to provide reversing images and realize parking assistance.

The built-in camera is installed in the rear view mirror of the car to monitor the driver's status and be used to remind the driver of fatigue.

At present, many new energy vehicles are equipped with 5-9 cameras, and there are also 11 or 14 cameras, which are NIO's ET7 and Xiaopeng P7.

The new car ET7 released by NIO not long ago has many highlights, one of which is equipped with the high performance solid-state lidars. The other is equipped with 11 cameras, while the EC6, ES6, and ES8 models previously released have 8 cameras on, including front view, surround view and built-in.

Tesla's Model S, Model X, Model 3 and Model Y launched from 2021 to 2019 are equipped with 9 cameras, including 3 front cameras, 2 side view and 3 rear cameras, and 1 built-in cockpit cameras.

Although the number of cameras in some models launched by some brands in recent years has not changed, it can also be seen that NIO and Xiaopeng have tried to equip more cameras in their models launched in recent years. With the development of autonomous driving in the future, it is believed there will be more models being improved the perception by carrying more cameras.

It is not difficult to speculate that in the future, with the development of autonomous driving and the increase in the number of cameras per car, not only camera module manufacturers, but also upstream manufacturers will benefit from this.

On the other hand, ON Semiconductor and OmniVision, which have been working in the field of automotive image sensors for many years, are also actively seeking progress. ON Semiconductor is a leading company in automotive image sensors with a market share of more than 60%, and OmniVision,’s market share is about 20%. .The market share is still quite concentrated, but with the subsequent substantial increase in market demand and the entry of new manufacturers, the pattern may change in the future.

The market concentration of the module packaging and testing market is not so high, but it is mainly supplied by international manufacturers, including Panasonic, Valeo, Fujitsu, Continental, Magna and other companies. The market share is 20%, 11%, and 10 %, 9%, 9%.

It can be seen that the market of each manufacturer is not much different, and the competition is quite fierce. If you want to maintain the existing market share and gain new markets, you must continue to explore. Panasonic stated in September 2020 that it is working on the research and development of smart car rearview mirrors cooperating with Nissan Motor.

The rearview mirror can not only greatly improve the image clarity, but also control the flash phenomenon generated by the LED lights of the rear vehicle. According to reports, this is a display system that uses a specially designed camera to capture the rear image of the car with a wide viewing angle , and display the image on the display screen of the rear-view mirror. 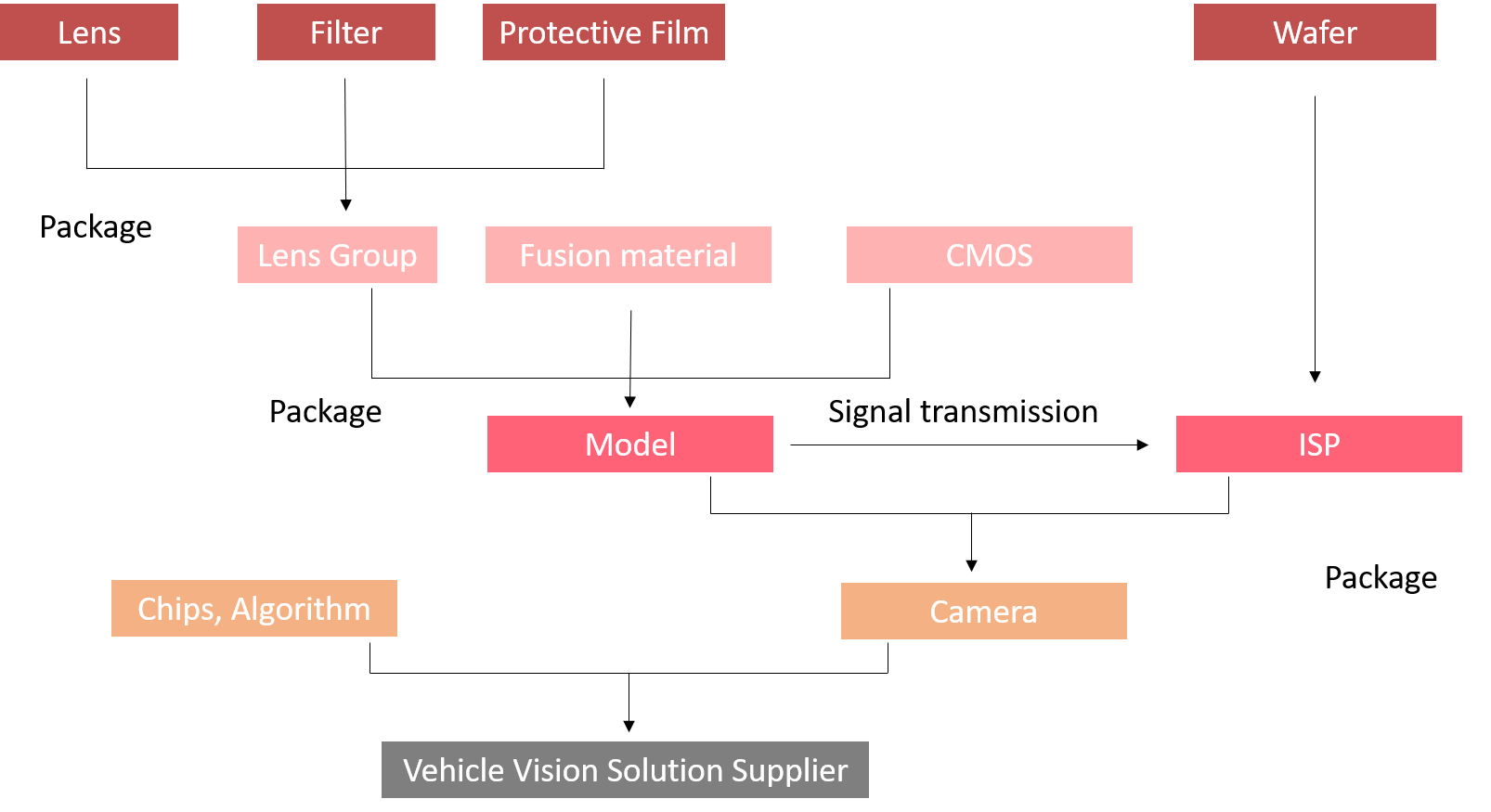 In addition to the various supplier mentioned above, the camera also involves the ISP processor. Some manufacturers are also strengthening this piece of technology, such as Ali Dharma Academy, which stated in April 2020 that it has independently developed a camera for in-vehicle usage. According to the results of the road test, the vehicle-mounted camera using the Dharma Academy's ISP processor can detect and recognize objects in images at night by more than 10% compared to the mainstream processors in the industry.

It can be seen that in the field of intelligent driving in the future, not only cameras will have considerable room for growth, but also lidar and millimeter wave radars. Some companies even develop these markets at the same time. For example, ON Semiconductor is not only the leader in the field of image sensors, but with its product line expanded to millimeter wave radar and lidar in 2019. Back：[Press Release] CIOE: The grand optoelectronic industry exhibition will be held from September 1-3