The CIOE annual New Year Reception is held both in GuangZhou and Shenzhen this year.

The reception invites guests from international business associations and organizations to get together and share the happiness of the Spring season arrival as well as their expectation to the Optoelectronics industry.

On January 24, the Shenzhen session was held in Chao Jiang Chun in Costal City.

The secretary general of CIOE Mr. Yang Xiancheng gave a speech introducing the current situation of CIOE. He shown his gratitude to the present guests for their continuous supports to CIOE in the past 14 years and invites them to the 15th anniversary celebration activities which will be held in the near future.

On March 1, the Guang Zhou session was held in the Guangzhou Garden Hotel. 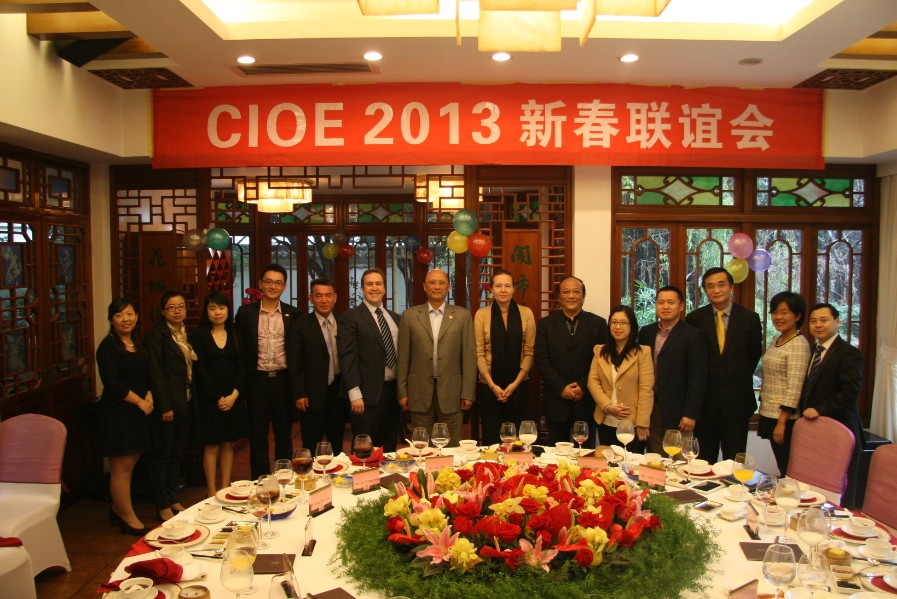 Secretary General Mr. Yang Xiancheng and Honorary Chairman Mr. Su Jihong greeted the guests
with New Year blessings and announced the invitation to the gala party of CIOE’s 15th anniversary in September. The gather together were closed with joy and best wishes to CIOE’s bright future.

The CIOE 15th anniversary celebration activities will be kicked off by launching the “Optoelectronic Long March” that CIOE team will visit cities from home and abroad to share the achievement with the optoelectronic professionals and listen to their expectation to the future development.

Please pay more attention to the upcoming news about the activities…