Smart City is a new information urban form supported by Internet of Things, cloud computing, big data and other kinds of new-generation information technologies, and it is a new mode to strengthen urban planning, construction and management based on the combination of modern science and technology, the integration of information resources and the coordination of business application systems. To construct a smart city is an important measure of actively carrying out the policies issued by the Party Central Committee and the State Council of promoting innovative development and new-type urbanization and comprehensively building a moderately prosperous society. The active implementation of constructing the smart city will enhance the urban management capability and service level and promote the industrial transformation and development.

2014 National Industrialization & Information Working Conference was held in Beijing. The conference specified the requirements and tasks in 2014 and released the new demand growth points, which will mainly focus on smart city, information consumption and other important fields. For smart cities, Ministry of Industry and Information Technology will stipulate smart city construction standards in 2014 and implement the construction of second phase of pilot information consumption cities (counties and districts) and pilot smart cities, to implement the investment projects approved by the government, fulfill the specified responsibilities, better the management procedures and legally strengthen the supervision and control.

Smart city, Internet of Things, mobile internet and other networks make our life wiser and also bring new opportunities and challenges for relevant photoelectric enterprises. In 2014, 2014 China Smart City Innovation Industry Conference organized by the world-known optoelectronics exhibition-- China International Optoelectronic Exposition (CIOE), China Smart City Industry Alliance, China Association for Science and Technology (CAST) will be held in Shenzhen Convention & Exhibition Center during September 2 to 5. The conference will integrate exhibition, meeting, combination of industry and research, talent exchange, investment and financing to showcase the latest smart city solutions and the scientific research achievements of smart city fields. Additionally, the conference will enable you to see the application of optoelectronic technology in smart cities and experience the beautiful life and future brought by the development of optoelectronic technology.

Secretary General Yang Xiancheng stated that CIOE will explore a brand-new field to display the products and technologies related to smart city and smart life. He said, “It’s not just an exhibition, and we hope that it will attract industrial circles, scientific research institution, investment & financing and talent institutions, training institution and other units to take participation, to achieve the in-depth integration of technology display, achievement conversion, talent recruitment, risk investment, etc. In other words, we hope that the conference will be a three-dimensional, one-stop and diversified platform of exhibition and meeting exchange.” 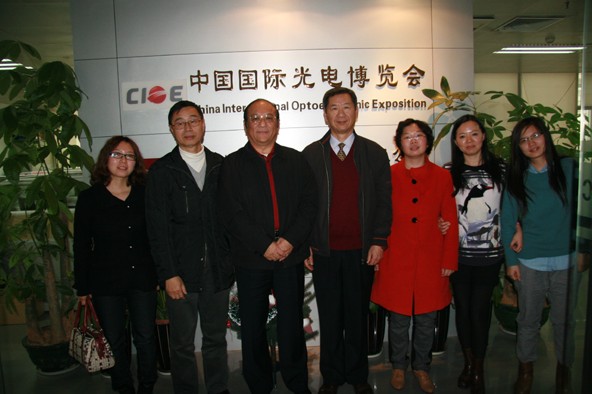