--Global MEMS shipments accounted slightly more than 70% of total semiconductors in the past 10 years, but the overall unit price fell with the attributes of consumer electronics.

--About half of the market applications for MEMS pressure sensors are from automotive sources and facing significant technological innovation prospects. 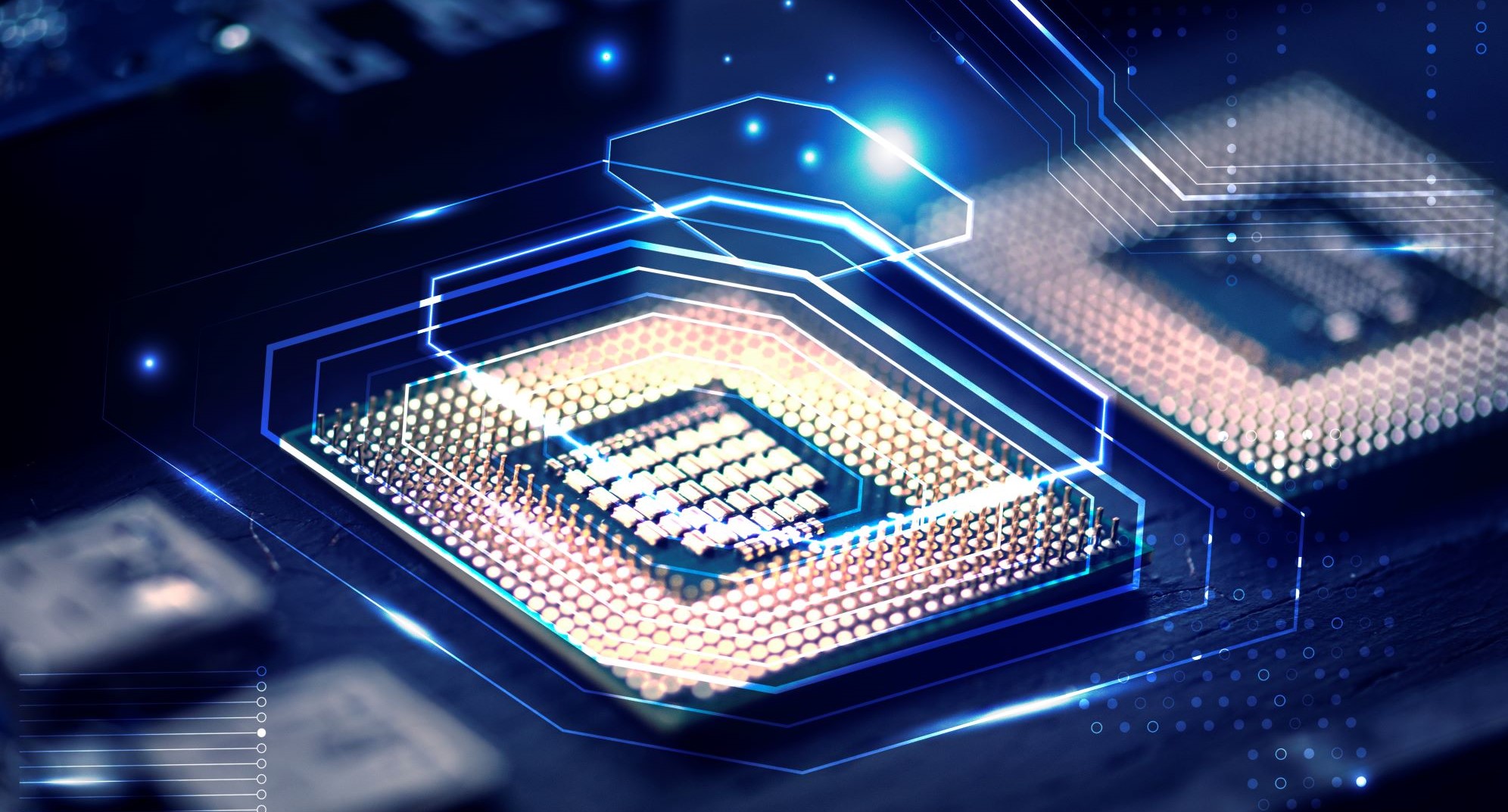 MEMS has a long history in the category of semiconductors. It was invented in the 1950s, more as a concept instead of technology. Closely related to integrated circuit manufacturing technology, but its manufacturing, design, materials and other processes are unique and different from traditional semiconductor processes. From the title of its "micro-electro-mechanical technology", it can also be seen that its interdisciplinary distinctive characteristics: the integrated circuit manufacturing technology and micromachining technology are micro-integrated systems that manufacture microstructures, microsensors, control processing circuits and even interface circuits, communication circuits and power supply circuits on one or more chips, combining microelectronics and mechanical engineering technology.

A typical MEMS system consists of sensors, information processing units, actuators etc. Sensors convert physical signals such as force, sound and light etc., into electrical signals. Then converted by A-D converters into electrical signals that can be recognized and processed by electronic systems, and the operation of external media is responsible for actuators. Such as the physical signal of radio frequency communication Corresponding to the sensor is an oscillator or regulator and the actuator connected to the external medium is a switch.

MEMS system belongs to the semiconductor category and the concept of integrated circuit connotation overlaps but there are also mutual non-subordination, according to the material, device structure, processing technology, implementation function and signal interface and other differences, common MEMS products are pressure sensors, magnetic sensors, microphones, accelerometers, gyroscopes, wet sensors, etc. In a general sense, semiconductor analysis institutions do data statistics in the MEMS, the sensors and actuators will have unified but differentiated classification processing. However, according to the usual classification method of the World Semiconductor Trade Statistics Organization (WSTS), the most typical image sensor is divided into optical devices in O-S-D (optical - sensor - discrete device), so the sensor data in this paper mainly comes from the pressure, inertia, microphone and other common statistical models in the industry. Does not contain image sensors.

First, over the past five years, shipments of sensors and actuators based on MEMS technology have been stable between 2.5% and 3% of the semiconductor device category (the total is about 1.2 trillion), so about 36 billion pieces. The total value of the global sensor/actuator market in 2020 is about $16.7 billion, of which the total sales based on MEMS technology are about 13.9 billion, which is basically the same as the sales of non-sensors and non-optoelectronic devices in 2019, and all other sensors in the world without image sensors, about half of the classification in the market belongs to the MEMS category. As described in the whole text, all actuators are based on MEMS technology, so two parts are added together as 83%.

Then, in this nearly $14 billion MEMS sensor and actuator market, the largest share of sales in all sensor segments is pressure sensors ($3.1 billion), followed by accelerometers/gyroscopes ($2.6 billion) and magnetic field sensors ($2.2 billion), and the actuator market acts as a "terminal" throughout the entire sensor, so it accounts for the largest turnover, $6 billion.

Let's compare the situation in 2019: first the pressure sensor ($2.8 billion), followed by the acceleration sensor/gyroscope ($2.38 billion) and the magnetic field sensor ($2.01 billion) and the actuator $5.55 billion. We can find that the average growth rate of the entire MEMS sensor and actuator is about 11% in 2020.

JW Insights has previously published numbers of articles to explain that in 2019, due to the economic environment, especially the cyclical impact of DRAM. The entire semiconductor industry is in ‘Ice Age’, and the turnover of semiconductor devices in various segments has declined. Partly because of the inventory adjustment of the global semiconductor industry chain after 2018, the slowdown in smartphone shipments and the obvious decline in purchase orders. Therefore, at a relatively low base, the growth rate of MEMS sensors/actuators in 2020 reached a new level since 2016. 5G technology is in the ascendant of both mobile terminals and base station layouts and the MEMS RF filters required for RF front ends have greatly promoted sales growth in this field.

Specific to the field of sensors, pressure sensors rely on a wider range of application scenarios to roughly lead the inertia (acceleration) sensor market, during the epidemic prevention and control period during the medical device market demand increased the leading edge of pressure sensors, the former in the total MEMS sensor market in the past 7 years almost constant between 34% and 35%, the latter of the same time period average is about 33%, the two add up to two-thirds of the entire MEMS sensor market. 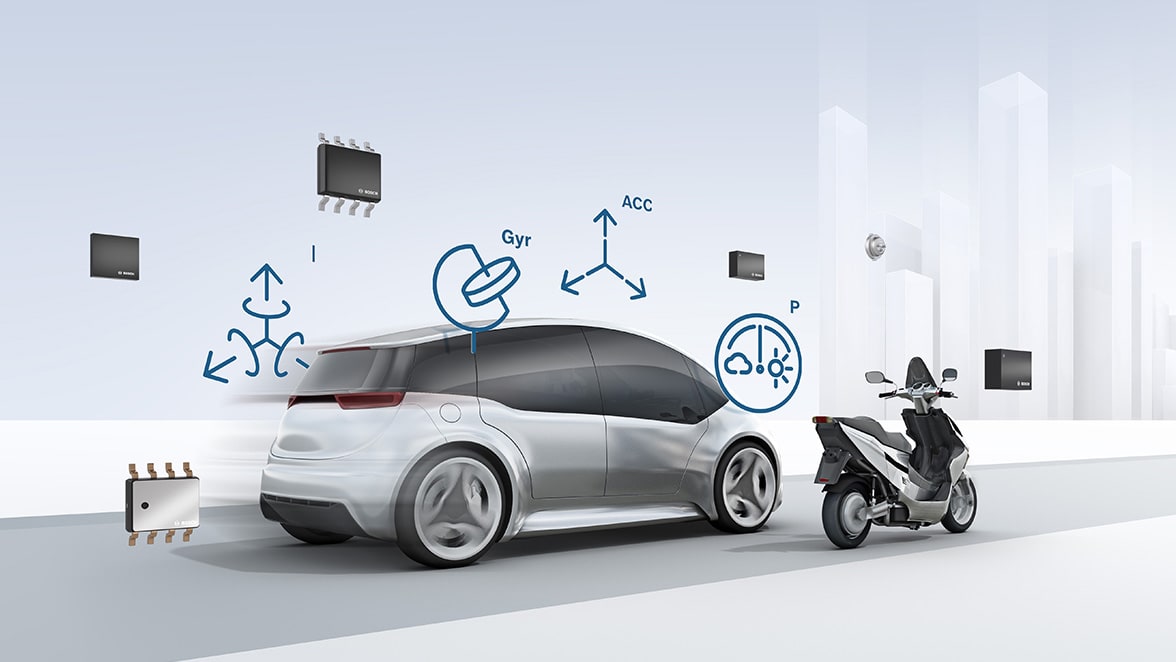 The current global automotive market is experiencing a drastic transition period from traditional ICE to EV. Major automotive OEMs have formulated plans to completely eliminate the ICE product line in 2030-2035, and the future global MEMS pressure sensor market has added a lot of unknown factors. The active and passive safety modules in the body include the ESP, TPMS, MAP, monitoring automatic transmission oil level, fuel tank evaporation discharge system, EGR etc. Vehicle-grade pressure sensors are divided into different adaptability according to different pressure ranges, such as the air conditioning system HVAC belongs to the medium pressure range, while MAP, BAP and EGR are low-level pressure range.

Automotive pressure sensor in the process of the car's comprehensive transition to EV must be ill-fated, Yole even judged that in the next 10-15 years there will be about 100 million MEMS pressure sensor shipments in the world to reduce, the original fuel power system including the gas emission system pressure sensor is facing the risk of being phased out, but even so, automotive radio frequency, TPMS, ESC and other MEMS pressure sensors are still a long-term market demand. The new battery pressure sensing systems (such as battery coolants) that BMS are waiting for will abandon the entire automotive MEMS system and related market prospects.

After experiencing a brief trough in 2019, the global MEMS market will further rise in the future. Thanks to the continuous upgrading of electronic consumer products such as mobile phones and tablets. Gravity, acceleration, fingerprint sensors gradually popularize in wearable devices. MEMS pressure sensor vehicle conditions will further become the focus point in the industry. Fuel power, intake management, in-vehicle air circulation, body stability and tire pressure and other MEMS sensors will continue to sublate to adapt the direction of technological evolution under the EV trend in the future.