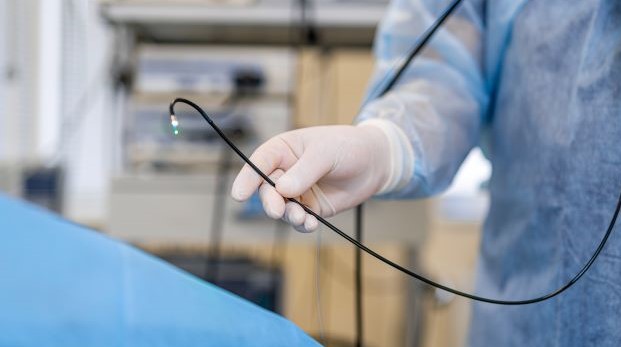 Medical endoscope is a set of image sensors, optical lenses, light source illumination, mechanical devices and other equipment, which can be inserted directly into human body and observe the cavity and internal organs tissue morphology also lesions.  auxiliary diagnosis or treatment of diseases.

At present, endoscopic technology has developed from the initial open hard endoscope to the current high-definition electronic endoscope, and constantly improves the application in the clinical application scenarios of minimally invasive medical treatment.

The entire medical endoscope system can be roughly divided into endoscopic host, endoscopic body and minimally invasive surgery related supporting equipment. Endoscopic lenses have been derived from a variety of exclusive endoscopic lenses according to the needs of various clinical departments. According to the endoscopic form, the endoscopic lens body can be divided into hard mirror and soft mirror. Hard mirror is mainly based on laparoscopy, thoracoscopy, etc. The mirror body can be bent or deformed, the image of the front end of the hard mirror is transmitted to the outside by the series of optical lenses that cannot be bent, mainly used for minimally invasive surgery in the abdominal cavity. Soft mirrors are mainly based on endoscopes of the digestive system, such as gastroscopes, colonoscopes, etc., the lens body can be bent, and the image is transmitted to the outside by the front lens through the CCD or CMOS through a curvable optical fiber or wire to face the complex cavity path inside the human body. Soft mirrors are mainly used to use the natural passages of the human body to enter the human body for minimally invasive surgery and examination.

According to Evaluate MedTech, the global endoscope market (including hard and soft mirrors) is expected to be about $26 billion in 2021, with an average annual compound growth rate of 5.99% from 2017 to 2021. The scale of China's endoscopic market in 2018 reached about 20 billion yuan. According to the industry segment structure, hard mirror accounts for the largest market share in the entire market, accounting for 49%, and soft mirror and its therapeutic devices are equally divided into the remaining market share.

In 2021, the estimated size of China's electronic endoscope (soft mirror) market is 6.29 billion yuan, an increase of 9.77% year-on-year. From the perspective of the competition pattern of the soft mirror market, in 2018, the three major Japanese companies monopolized the global soft mirror market, accounting for 93% of the world. The concentration of the three major Japanese companies in the domestic soft mirror market in 2018 was 95%. With the development of domestic endoscopy enterprises in recent years, domestic endoscopy of enterprises such as medical treatment and Aohua endoscopy has also been approved for listing and recognized by clinical institutions.

The main advantages of Japanese companies monopolizing the domestic soft mirror market are concentrated in two aspects: technology and doctor training. The technical advantages of Japanese companies are mainly reflected in CCD technology, electronic dyeing technology, optical amplification and other technologies. Before the CMOS image processor was applied to the endoscope, the CCD image sensor was the core technology of electronic image speculum imaging, which was monopolized by Japanese companies, and the global leader Sony was the largest shareholder of Olympus. Fujifilm produces its own CCDs, and Pentax purchases Sony CCDs. The monopoly on core components has formed a global competitive advantage for Japanese companies. However, the successful application of CMOS image processors has enabled domestic enterprises to bypass the situation that core components are restricted and realize the independent research and development and production of soft mirrors.

Because the clinical operability of soft mirrors has professional requirements. The installation of soft mirrors depends on the clinician's habits of use. Perennial monopoly of the domestic market imported soft mirror is the mainstream choice of physicians, new clinicians are usually trained by hospital training and production enterprises, resulting in most physicians choosing imported soft mirror equipment. For example, Olympus Shanghai, Beijing, guangzhou has established three medical technology training centers (CTEC) to provide professional endoscopy training for doctors across the country, and at least 5,000 primary doctors receive training at CTEC every year. Develop doctors' habits and build relationship with customer.

With the domestic soft mirror entering the procurement system of the top three hospitals, also top sequence of the hospital training system, which is conducive to cultivating the doctor's usage habits from the port of the newly added practicing physicians. In addition, domestic enterprises are also actively carrying out cooperation with hospitals for academic promotion and product training.